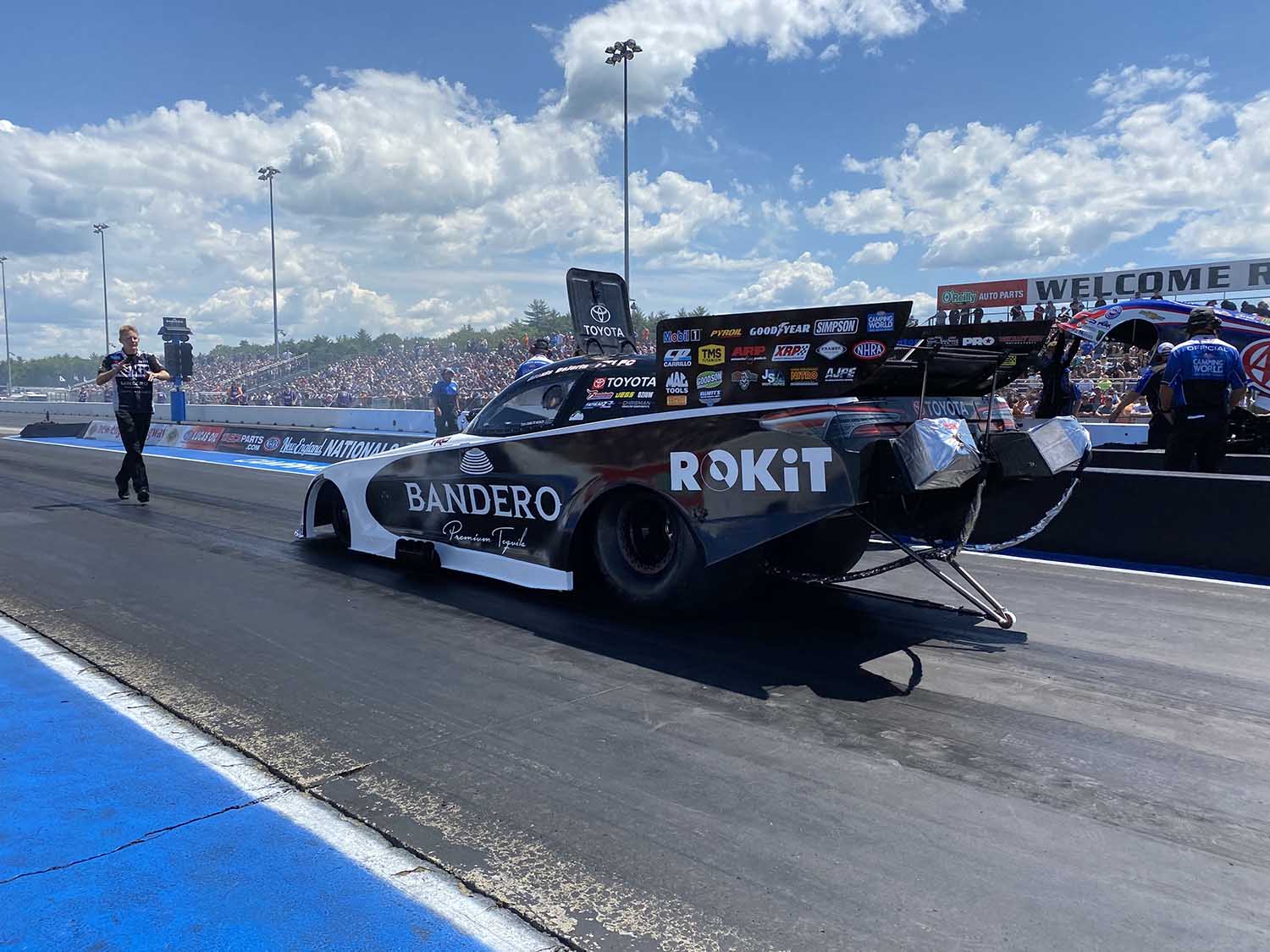 Austin, TX (July 15, 2021) --- It has been four  years since Alexis DeJoria raced at one of the most historic tracks on the NHRA Camping World Drag Racing Series, Bandimere Speedway. The track is carved into the side of the mountains surrounding the greater Denver metropolitan area and for decades NHRA competitors have battled the tough atmospheric conditions willing their 11,000 horsepower race cars to exceed speeds and elapsed times to the amazement of the fans. This year’s installment of the NHRA Mile-High Nationals will feature a packed house ready to see DeJoria and her Bandero Tequila ROKiT Toyota Camry Funny Car chase down her first win of the season. Last year the event was not contested and ticket sales have been brisk so far this season.

“I was disappointed we didn’t get to race the Western Swing last year during my first year back,” said DeJoria, who returned in 2020 after a two year break from racing. “This is one of the times I really love back-to-back races. They are awesome tracks. I am excited to go back to Denver and Sonoma and finally Pomona. We are going into the swing with a strong race car.”

The three races in three weekends Western Swing will begin this weekend with DeJoria making her seventh start at Bandimere Speedway. The five-time Funny Car national event winner has qualified in the top half of the field three times at the Mile-High Nationals and raced to the semi-finals in 2015 after starting from the No. 7 position. As co-owner of her Funny Car team along with veteran crew chief Del Worsham DeJoria is enjoying her return to racing action, the enjoyable grind of competition and the unique aspects of racing at over 4,000 feet.

“It is always a little tough up in Denver because of the different conditions and we are racing at much higher altitude. I usually go in a couple days early and get acclimated to the elevation,” said DeJoria. “When I first started racing I didn’t do that and I was really winded at the end of my runs which sounds crazy because our races are so quick but it is an intense, hardcore three seconds. At the top end there is less oxygen and you aren’t making as much downforce. The parachutes don’t blossom and hit as hard. It is a whole different animal. I love racing up there and love the track and fans.”

This season has seen DeJoria dominate in qualifying but have limited success on race day. The team tested in Denver following the NHRA Norwalk Nationals and the runs have given DeJoria even more confidence that her first win of 2021 is right around the corner. Two weeks ago at the Norwalk Nationals DeJoria raced to her second semifinal finish of the season before bowing out to eventual event winner Cruz Pedregon.

NHRA Mile-High Nationals qualifying will begin this Friday at 7:00 p.m. MDT. Qualifying will continue with two sessions on Saturday with final eliminations starting at 11 a.m. MDT on Sunday. Fans can tune into live coverage on FS1 beginning at 2:00 p.m. MDT on race day.