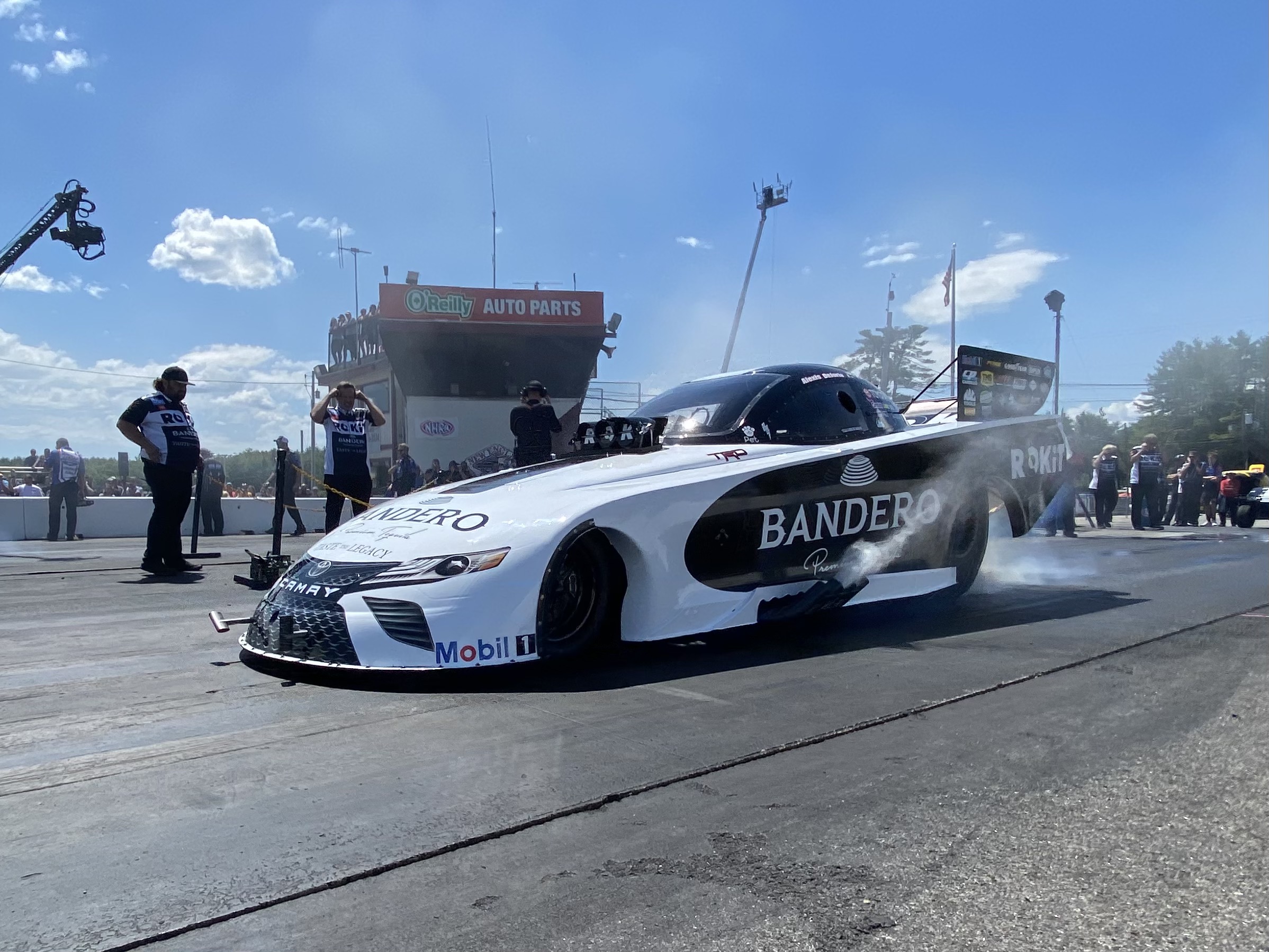 Austin, TX (June 24, 2021) --- Last year the NHRA Norwalk Nationals at Summit Motorsports Park was one of a handful of events that was not contested during the shortened NHRA Camping World Drag Racing Series season. Veteran driver Alexis DeJoria is eager to get back to the track just over an hour west of Cleveland to continue her pursuit of her first Norwalk National title at the fan-friendly and wildly popular national event. Since it began hosting NHRA national events Norwalk has quickly established itself as one of the largest and fan-friendliest events on the nation tour boasting a pound of ice cream for $1 and an amazingly quick race track.

“We love racing in Norwalk,” said DeJoria. “The Bader family is very hands-on and the fans are incredible. After the last race our team is chomping at the bit to get back on track and redeem ourselves. We’ve got the car to do it.”

For the second national event in a row DeJoria will be running a Bandero Premium Tequila branded Toyota Camry Funny Car. The veteran driver and co-owner of the Bandero brand unveiled the race car two weeks ago at the NHRA New England Nationals and powered to the No. 5 qualifying spot. This weekend DeJoria will be looking to keep and improve on a winning streak at the NHRA Norwalk Nationals.

DeJoria, a five-time national event winner, is looking for her first win since returning to her successful racing career last season. Teaming with veteran crew chief and two-time world champion driver Del Worsham has made her reintroduction to the sport almost seamless. As last season came to a close the ROKiT Toyota Camry team began flexing its performance muscle qualifying in the top five at the final five races of the season and racing to three semifinals in the last four events. This season DeJoria came out of the off-season just as strong posting top five qualifiers at five of the first six races.

NHRA Norwalk Nationals qualifying will begin this Friday at 6:30 p.m. ET. Qualifying will continue with two sessions on Saturday with final eliminations starting at 11 a.m. ET on Sunday. Fans can tune into live coverage on FOX beginning at 2:00 p.m. ET on race day.