DEJORIA BETTING ON A BIG FINISH 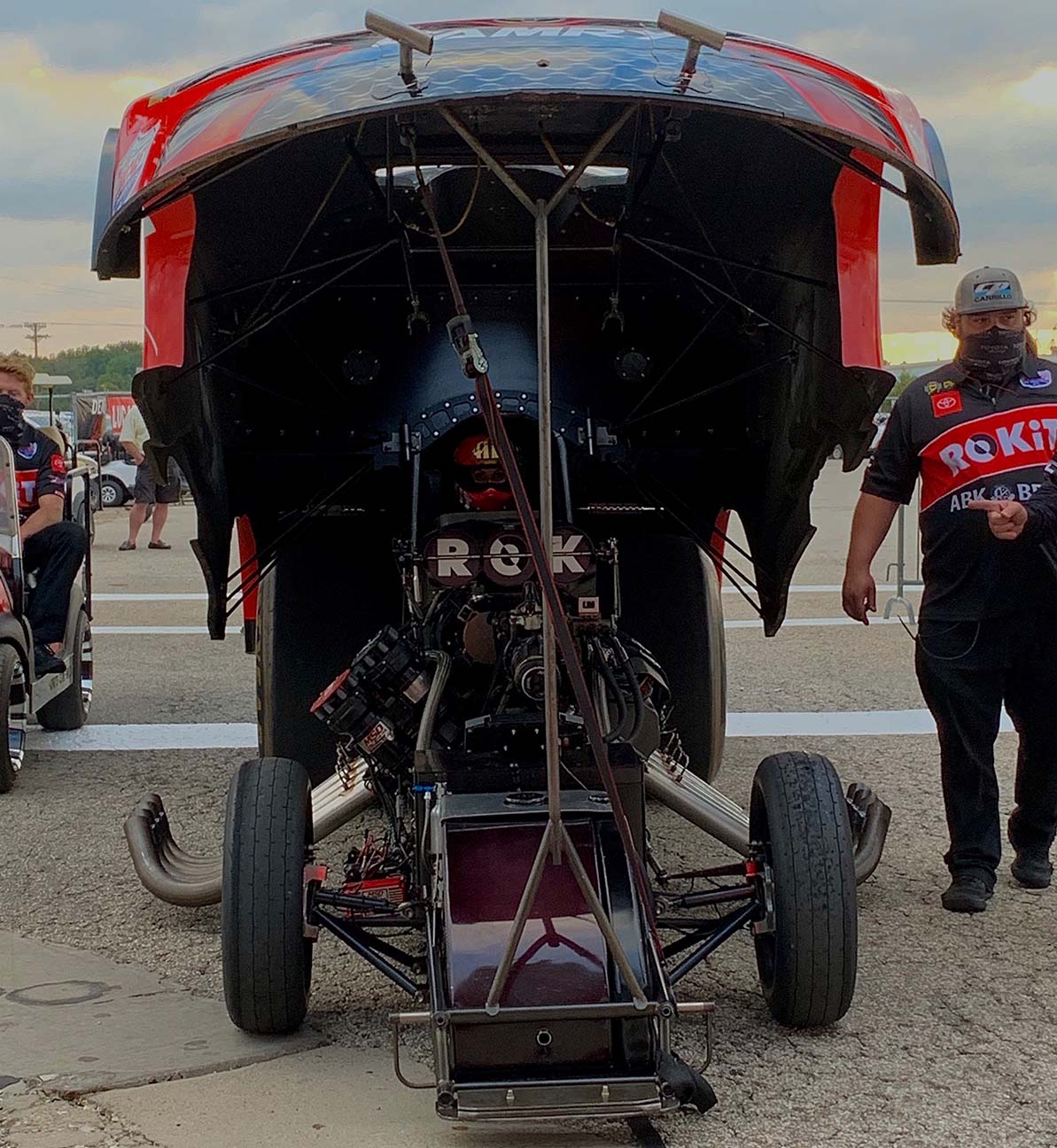 LAS VEGAS, Nevada – With earlier mechanical issues apparently resolved, Alexis DeJoria and her ROKiT Phones/ABK Beer Toyota Camry loom as the biggest threat to the continued Funny Car dominance of Don Schumacher Racing this week when an abbreviated version of the NHRA Camping World tour speeds to a close at the 20th annual Dodge Finals.

Contested at The Strip at Las Vegas Motor Speedway, a track on which DeJoria has enjoyed her greatest success, the series finale provides the five-time tour winner and her crew chiefs, Del Worsham and Nicky Boninfante, an opportunity to show off what they’ve learned in a season meant to lay the foundation for a serious championship run in 2021.

“Words can’t describe how much I’m looking forward to this weekend with this Toyota and this race team on that racetrack,” she said.

Her enthusiasm is understandable. Over the last four races, she has qualified no worse than fifth while twice taking the distinctive red-and-black Camry to the semifinals, all of that despite a supercharger explosion at St. Louis and a catastrophic engine failure at Dallas that seriously impacted the team’s parts inventory.

With those issues behind her, the 2014 U.S. Nationals champion sped last week to the quickest time of the entire event at Houston (3.874 seconds) while accelerating to a finish line speed of 330.39 miles per hour, her best since returning to the tour this season after a two-year absence.

The Houston performance, Worsham and Boninfante’s ability to diagnose and positively address the mechanical issues and DeJoria’s history of Vegas success suggest that if anyone can stop the Schumacher juggernaut (which has delivered 13 straight Funny Car victories dating to 2019), it is the woman in the ROKiT Camry.

After all, she earned two of her five pro tour victories at The Strip, winning the spring race in both 2014 and 2016. Furthermore, LVMS is the only track on which she has reached the finals in both the Top Alcohol Funny Car and nitro Funny Car classes (she was the TAFC runner-up at the fall race in 2009).

Alexis in the Dodge Nationals

Alexis DeJoria at the Dodge Nationals

Alexis in the spring race (now the Denso Four-Wide Nationals)