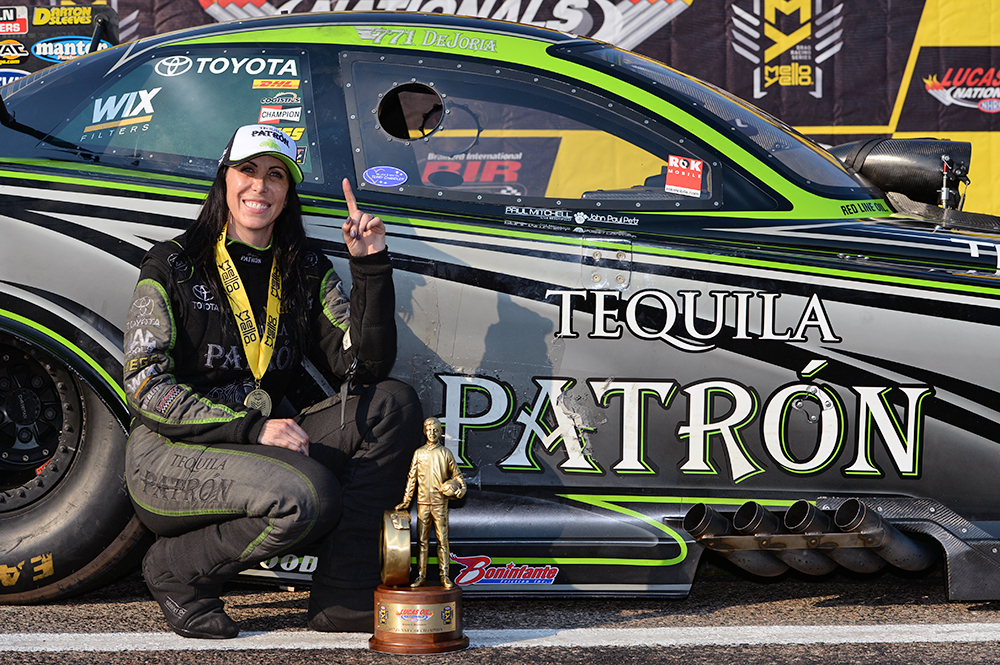 The Patrón Funny Car pilot qualified 10th for the Brainerd event and started race day ranked 14th in the NHRA Countdown to the Championship, 48 points out of the No. 10 spot. After defeating Tim Wilkerson in the first round of eliminations, DeJoria found herself in a Countdown-critical matchup with Pedregon. Both DeJoria and Pedregon are part of a fierce five-way battle for the coveted final NHRA Countdown Top 10 spot. DeJoria’s 3.883-second pass easily defeated Pedregon’s 4.505 and advanced Team Patrón to the semifinals.

DeJoria faced John Force in the semifinal round and once again, her expertly-tuned Patrón Camry made another stout run (3.892) and ended the 16-time World Champion’s day.

The final round saw Team Patrón squaring off against Tommy Johnson Jr. Both drivers were quick off of the starting line but Johnson Jr.’s 3.933-second pass was no match for DeJoria’s 3.906.

With the Brainerd victory, DeJoria has moved into the No. 10 Countdown spot and will go into the final event of the regular season defending her Countdown to the Championship berth opportunity, rather than chasing it. DeJoria has a 12-point lead over the 11th ranked Countdown contender.